Since 2015, the AMB has promoted a platform for political debate that encompasses 50 European metropolises from 20 countries with the desire to share experiences, carry out joint projects, position themselves and defend their interests at European Union and state level.

The EMA network encompasses large European metropolises with similar dimensions and urban realities and allows their representatives to share and discuss methodologies, initiatives, experiences and innovation projects applied in the metropolitan area. Currently, three-fifths of the European population live in metropolitan areas. Metropolitan areas generate 72% of GDP in the EU (2018). Of the EU population, 55% live in large cities and metropolitan areas, and this figure is expected to exceed 70% by 2050, so placing local authorities in contact in a forum for political debate such as the EMA is a worthwhile goal.

The EMA allows all these issues to be discussed by representatives of European metropolises with equivalent urban realities at an annual forum in which they can join forces to demand a greater role at EU level. The first edition of the EMA was held in Barcelona in 2015, the second in Turin in 2016, the third in Warsaw in 2017, the fourth in Rome in 2018 and the fifth in Lyon in 2019. The next will be held in Porto in 2020. 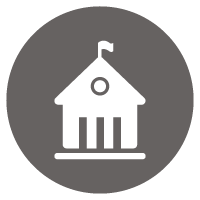