These operations consist in transforming neighbourhoods affected by construction, functional or urban-planning issues, and require owners or residents to be re-housed during the process.

In many cases, these operations replace homes that have construction issues, some of which are in very poor conditions, either due to the defective construction in itself or to poor maintenance by owners as the building was destined to disappear.

Roughly 900 housing units, with 20 m2 each, built in 1952 as provisional housing for slum-dwellers and forcibly privatised in the 1960s to avoid social conflicts and maintenance costs.

Barcelona grew to encompass this marginal neighbourhood, leaving this ‘island’ of degradation at the centre of the new urban periphery. The original residents aged and only the very poorest of young people remained, so drugs and delinquency found a good home there. The situation continued to worsen until calls for change in the 1990s forced the three competent public administrations (State, Regional, and Municipal governments) to reach an agreement through which the Government of Catalonia (Regional government) committed to fully refurbish this housing, with financial aid from the Ministry of Development and a commitment from the Barcelona City Council to carry out the urban development.

A new plan was designed with residents, promising to keep all those affected in the neighbourhood in order to normalise it both socially and in terms of urban planning. The new streets connect to adjacent ones, the new squares are open and abandoned housing in the area was refurbished to provisionally re-house those affected by the plan.

An expert management team was hired to execute the plan (starting in 1992), working locally. This group oversaw the whole operation, expropriation, demolition, relocating families, construction, etc., as well as attending to social issues, personal problems and integration issues, which are just as important as urban planning.

After the refurbishment process was completed, the families affected had dignified housing and, little by little, the project generated retail activity, parking, etc. And the illegal activities were removed and eradicated. This erased from memory the history of a degradation that never should have happened in the first place.

6 spaces set aside for services

-Cost vs. risk of non-intervention

-Decide on the area of intervention 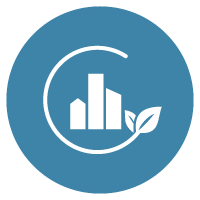 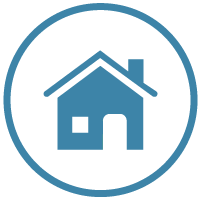